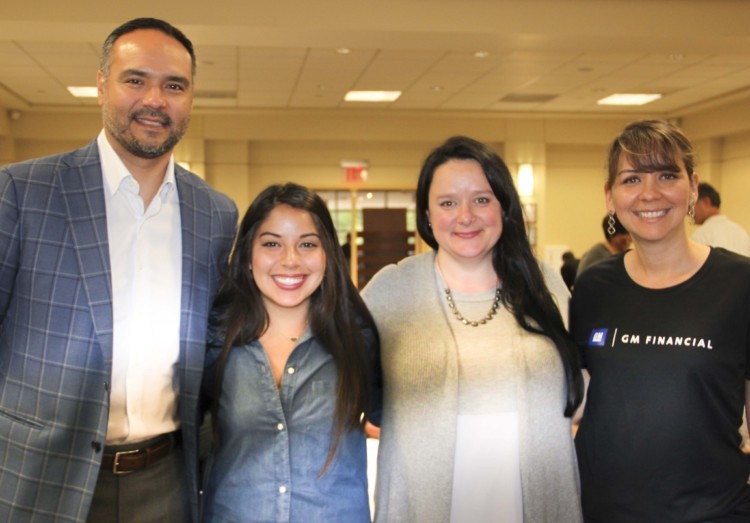 “Your mom always believes in you. But when you are fortunate enough to receive a scholarship, that says that someone else believes in you,” Julissa Del Bosque, an NVC alumna from the class of 2015.

She received an associate’s degree in biology and liberal arts with a concentration in Peace and Conflict Studies. She is continuing her studies in biology at the University of Texas at Austin and pursuing a career in the medical field.

During the Scholarship Recognition Breakfast, she shared the impact and importance of scholarships in enabling her to focus on her studies and the positive experiences she had at NVC. Her scholarship, provided by the San Antonio Livestock Exposition, also enabled her to participate in campus organizations including the National Society of Leadership and Success and serve as a peer mentor.

Desirae Lopez, a current NVC student pursuing a plan of study in biology, talked about her pathway to NVC and the impact of her personal life on her career choice. She described her grandfather’s battle with cancer and how that inspired her to pursue a career as an oncologist. She received a Texas Science Technology  Engineering and Math (T-STEM) Scholarship and expressed appreciation for those who encouraged her to apply. Scholarships and scholarship donors, she said, enable students to focus on their studies and help them get closer to realizing their dreams for education and the future.

Joshua Anderson attended NVC in the fall and transferred to the University of Texas at San Antonio for the spring semester. He talked about his family and personal challenges and how he finally feels that he is working toward a goal and that he will succeed. And, scholarships play a very significant role in helping him work toward those goals. He thanked scholarship donors for their contributions and support.

Wayne Saiz, senior vice president of GM Financial, talked about his company’s move to San Antonio and the company’s belief in social responsibility and giving back to the community. Located on a site across the street from NVC, the San Antonio office of GM Financial will open on June 5. He described the new facilities, which will include a fitness center and medical clinic and noted that the company is hiring several NVC alumnae and students. He and GM Financial have recently established the GM Financial Next Level Scholarship which will be awarded to NVC students pursuing a business degree. 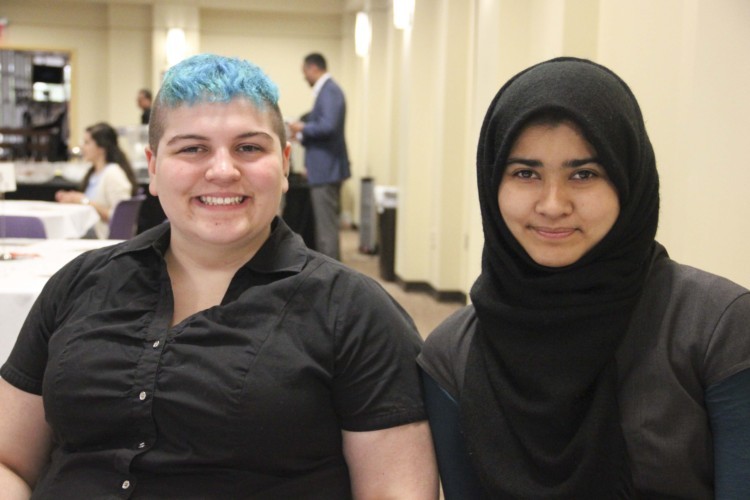 The event featured a Fiesta theme and a presentation by NVC President Dr. Ric Baser on the success of the college and its students and the need for scholarships. The Scholarship Recognition Breakfast is an annual event of the Community Development Department to recognize donors who support NVC scholarships and scholarship students. To date in this academic year, 328 NVC students have received more than $309,000 in scholarships through the Alamo Colleges Foundation.